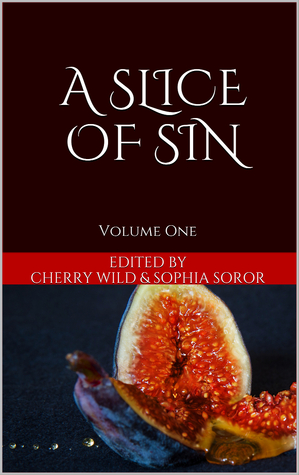 Who doesn’t love a little tasty erotica? Lick your lips and prepare yourself for a sensory feast!

The first in a series, A Slice of Sin is an anthology of savory stories guaranteed to make your mouth water and leave you needing a little privacy… or an audience.

Women drive these stories, taking the lead in sex, pushing the boundaries of their experience, and always enjoying themselves. From stories of casual sex to stories of the intimacy and enduring passion of established couples, these are stories that will whet your appetite and satisfy your cravings (and maybe leave you with some new ones…).

Act out a dirty little fantasy in Chase Morgan’s “The Stand In,” satisfy your late-night sweet tooth in Alegra Verde’s “The Bakery Boy,” or enjoy a night of romantic generosity in Autmn Tooley’s “Tonight Is For You.” Or step back to a time of long boats and Vikings in Michael Bracken’s “Saga of the Sailmaker’s Widow.”

From the romantic to the kinky, the suggestive to the explicit, this collection is sure to satisfy and keep you coming back for more and more.

I really needed something like this to get my reading groove back on. Which you’ll be glad to know I have! It’s just taken me longer than I expected to get on with writing this review meaning I’m halfway through a new read :).

This saucy anthology has something sliced between the pages for every reader imaginable. Some stories leave a lot to the hot under the collar readers imagination whilst others leave literally nothing, and I mean nothing for them to wonder.

As with every anthology out there, not every story provides sustenance for every reader. I reached the end of one or two works thinking, bloody hell, is that it? Whilst others truly fulfilled my appetite. I throughly enjoyed the vast majority of the work, even the tamer stories.

I devoured this gorgeous little book whole, though as I mentioned, some stories I knew wouldn’t be for me, so I skipped. I firmly believe that one readers trash would be another readers treasure in this case, making it a versatile and eclectic collection.

I award A Slice Of Sin:

Four glasses of fruity champagne and a banana (use your imagination 😉 )

That’s 4.5 stars to everyone else! 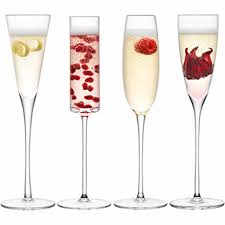 I’ll start this review with a question, a very strange question. Have you ever been turned on by a flower?

I like flowers as much of the rest of them, I trained to be a Florist but never stuck at it. It’s always handy to point out that I grew up in Birmingham, the UK’s second largest city…and, well, not a lot grows there. My daughter is called Lily, and I even chucked a few seeds down this year. The flowers look lovely, though some of them have died and I haven’t been so inclined as to head over to the bed and sort them out.

So, we’ve established that I’m okay with flowers. I like them. But, bloody hell, I got turned on by a flower today.

I happened across JD Lexx on Facebook. He spoke of his writing and promised what I would call cleverly written erotica. Another author that I met, going some years back now, spoke of the same thing. If I’m entirely honest I thought it was godawful. Imagine: a porn movie where they are all speaking in Olde English. Yeah, not that easy to get off on if you have to keep pausing the movie to look up a sentence that you didn’t understand. Then you get mad and give up when you discover that the actor was merely saying, “Harder, faster. Oh, yes, baby, that hit the spot.” For gods sake why didn’t he just say that!

JD kindly offered me a book for my reading pleasure, I didn’t so much decline as not reply. Oh, no, no, no. I’ve been backed into these corners before and I hate being asked if I like something by someone I rather like, because I’m nothing if not honest.

However, curiosity led me to where I’m sitting now. I bought this book. Yes, it’s clever and intelligent erotica and the effect it’s had on me has scared me a little to say the least.

It’s a very fast read, most likely a novella? Perhaps smaller. Having said that, I don’t think I could have took the intensity for much longer. The story begins in first person from an eighteen year old, Christine’s, point of view. She is embarking on a chance of a lifetime to be trained to become an Orchidologist by the very gorgeous Dr. Richard Mitchell.

She spends three years in close proximity to this very sexy and intense man, pushing the boundaries and blurring the lines. Eventually, on her twenty-first birthday she plucks up the courage to ask him to take the test that will propel her to his level and set her apart from the rest…The Orchidarion.

What happened during that test was some of the sexiest writing, written in the cleverest of ways. Frankly, it blew my mind. It wasn’t what I assumed it would be, it wasn’t complicated, it was intricate and intimate. I loved, savored and enjoyed every last word of this book, and I’m hereby proclaiming myself to be a JD Lexx fan.

With all that said, I’m off to buy some Orchids and a riding crop. You need to get to wherever you get your books from and buy this one!

International attorney, award-winning journalist and last of a modest raconteur bloodline, J.D. Lexx has been a storyteller for most of his life, and a student of humanity for even longer. Perhaps it’s no wonder that he takes such pleasure in the subtle tease of the written word, in kindling curiosity with every shared tale and then daring the imagination to continue on beyond “The End”.

A traveler by nature, Lexx spends most of his time between the frenzied streets of New York and the slower pace of New Orleans’ Vieux Carré. When not exploring the sensual psyche through his writing, he can usually be found honing his skills in the kitchen or working alongside charitable organizations to promote literacy and tolerance–two causes not only reflected in his work but forever dear to his heart.