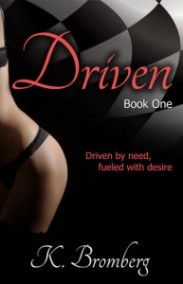 I finished reading ‘Driven’ by K Bromberg late last night. I got the book from Amazon whilst it was free, but I would happily have paid for it.

Because of the cover I initially thought that the book was going to be like ’50 Shades of Grey’, I’m not going to hide the fact that they were my guilty pleasure. Yes, the love interest, Colton, is absolutely gorgeous, rich, talented and has a dark past. But thats where the similarity ends.

The story is told from the view of Rylee, a real woman. No, really, an actual real woman that most women would be able to relate to on some level. This is the story of how she’s starting to get her life back on track following the tragic death of her fiancé, Max, two years previously.

Colton Donovan is a race car driver. I’m hoping that he is real and that he has a thing for blonde British women. If so, pass me his number.

On a serious note, the characters have been well crafted and displayed. I fell in love with them and cheered, sighed and laughed along with them.

My only criticisms are that I felt that the book needed another edit. There were some mistakes and the only reason I gave it a five star review instead of a four was because it felt unfair when the story was so captivating.

I downloaded this book as a light read for work. I was sadly mistaken by that, my colleague had to scream across the office to get my attention whilst I read it. My poor iPhone clattered on my keyboard when I heard my name being shouted at such a level!

I reached the end last night. It’s official, K. Bromberg is a grade A bitch, she left my longing for more…

The second part of the trilogy is set to be released in August. It’s called ‘Fuelled’ and I’ll most definitely be reading it.

One thought on “Driven by K Bromberg.” 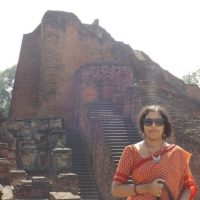 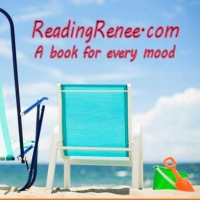